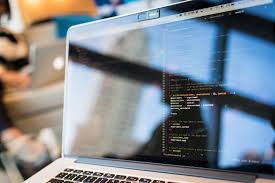 Increasingly, governments turn to algorithms to assist in judgment of a variety of situations. By analyzing a database of information accrued from prior similar incidents, algorithms capitalize on history to inform present decisions.

Additionally, the Pittsburgh Municipal Court employs an algorithm as a risk assessment tool. That tool guides judges in determining bail for a given defendant.

With increasing usage and little understanding of their internal machinations, critics fear misuse.

Since the computer programs operate using data gathered from the history of given department or system, fears over further institutionalizing bias arise. Since institutions often feature histories of discrimination and unfair practices, historical data comes tainted.

An automated program using this data to make determinations runs the risk of making unfair assessments. Thus, in order to avoid such algorithms reinforcing pervasive inequality, the task force will examine their usage.

Among its applications will be suggestions for protocols when applying the findings of a program. They may also address ways in which to apply citizen complaints to further reforms and corrections to the use and application of computer programs.

The public will have an opportunity to engage with the proposed purview of the task force. Outreach meetings are scheduled for March 10 and 19.

The special task force expects to deliver a report of its findings by summer of next year.