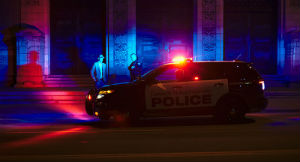 Police made an arrest Saturday night in the fatal shooting of a 90-year-old victim earlier that day. The suspect, Anthony W. Miller, 27, faces charges of robbery, theft from a motor vehicle, receiving stolen property, carrying a firearm without a license, and criminal homicide.

The shooting took place at the corner of Hazelwood Ave and Bray St near the entrance to Calvary Cemetary. There, Samuel Rende, 90, sat in the passenger side of his black Dodge Ram pickup truck. Miller approached while walking his dog. He fired .40 caliber Smith and Wesson M&P handgun through the driver side window. At least one bullet struck Rende in the head.

Responders rushed Rende to UPMC Presbyterian while they considered him to be in critical condition. That afternoon, around 1 pm, hospital staff pronounced Rende dead.

One witness reported to authorities critical details after observing the shooter flee. They described him as wearing a dark green hoodie with a black dog. Officers also reportedly saw Miller exiting a wooded area towards the cemetery.

Authorities temporarily shut down the surrounding area including the cemetery while conducting their search. A SWAT team assisted.

The police encountered Miller with his dog on the 400 block of Mansion St. The handle of his pistol stuck out from his hoodie pocket. They found the victim’s wedding ring tucked into his sock. Blood dried on the inside of the band. He had also thrown Rende’s wristwatch into the woods.

The shooter and victim reportedly knew each other prior to the fatal incident. Miller’s previous run-ins with the law led to two charges of theft, for which he was found guilty.

Speaking with KDKA 2 CBS Pittsburg, Anthony Antario, friend of Rende, said of him, “Whether it was a hat to cover your bald or thinning hairline or something of nature, he would always try to go that extra distance.” 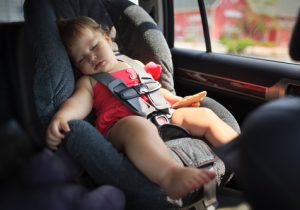 Fatigue happens to everyone. From the daily 9-5 worker who spent the previous night "unwinding" 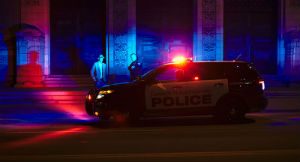 Arrest Made In Saturday’s Fatal Shooting After Search
December 30, 2019