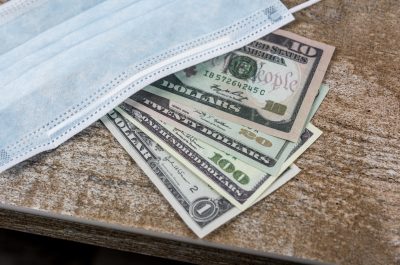 The U.S. economy is making progress in coming back from the impact of the pandemic, said U.S. Labor Secretary Eugene Scalia during a stop in Pittsburgh.

“Obviously the coronavirus was a sideswipe to what was been an extremely strong economy. As people know, we had unemployment at a nearly 50-year low. Back at the start of this year, we had created 7 million jobs in the country since 2017. Then, the virus set us back. We’ve come a long way back from that,” Scalia told Pittsburgh’s Action News 4.

Scalia said he felt some states have had more challenges than others, and unfortunately, Pennsylvania is one.

He did note that Pennsylvania was among the states with an unemployment rate of over 10% in August.

Scalia we are continuing to reopen the economy and we can do it safely. But, there are precautions that remain and they are important to keep in place. Therefore, I know Pennsylvanians are eager to see the economy here come back to the very strong economy that we had before the virus.

Scalia Believes the Economy will be Regaining Ground

Scalia said we have made progress. Still, there is have work to do. Because there’s still too many people out of work. Yet the president is pursuing a variety of policies to help with that. “We want to see more relief for the unemployed. We would also like to see additional funds made available through the Paycheck Protection Program. That program helps small businesses.

On passing through Pittsburgh, Scalia gave Columbus Day remarks at Franciscan University of Steubenville. Though he didn’t comment directly on the Columbus statue controversy in Pittsburgh, however, he said Columbus has been a hero to immigrants for many years.

No One is Without Sin: Wrongdoing Among Figures from the Past and Founding Fathers

“He was an inclusive figure at the time. Now, we know that many figures from the distant past, including some of the Founding Fathers, were involved in practices that were very wrong.”