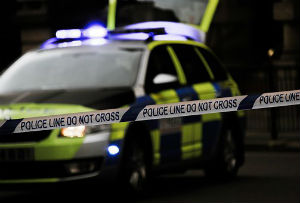 PITTSBURGH, PA – A Pittsburgh grand jury indicted 10 people from a multi-national cybercrime ring. Officials say they are guilty of $100 million in malware attacks on banks and businesses in the U.S. Moreover, this includes a victim in Western Pennsylvania.

Targets of the organization span businesses from Texas to Rhode Island. Additionally, the ring also victimized companies in California and Florida. Plus, a paving business in New Castle was victimized.

Officials unsealed the indictment on Thursday. Scott Brady, U.S. Attorney, announced the details. He points out the indictment was a unified effort between his office, the FBI’s Pittsburgh field office, and authorities from Georgia, Ukraine, Moldova, Germany, and Bulgaria.

Bob Jones, Special Agent in charge of the FBI’s Pittsburgh office said, “This takedown highlights the importance of collaborating with law enforcement partners against the evolution of organized cybercrime.”

The FBI indicted the 10 members from GozNym on charges of conspiracy to commit computer fraud, wire fraud, and bank fraud. Furthermore, they charged them with conspiracy to commit money laundering. Additionally, this information was revealed courtesy of a release from Brady’s office.

The conspiracy charge included acts of infecting computers with GozNym malware. Moreover, the criminals intended this malware to copy online banking information. They wanted to gain access to people’s accounts.

Members of the group hail from Russia, Georgia, Ukraine, and Bulgaria. Furthermore, the five individuals from Russia are still at large.

Officials involved in the sting called it an “unprecedented international effort” of evidence sharing.