Hyliion Likely Merging With Tortoise To Redesign An Electric Future 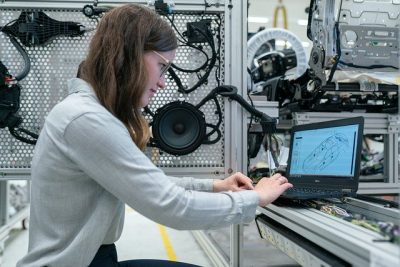 On September 28th, special purpose acquisition company (SPAC) Tortoise will vote to merge with Hyliion, one of many exciting new electric truck companies.

Their intention to merge was made public in June, even thought it only felt like yesterday. Prior to this interest, Nikola went public via reversing their merger with their own SPAC, VectoIQ.

Still, this type of business arrangement in the trucking industry never goes out of style. Much less now with the electric vehicle boom.

If and when the deal comes through, the new company will form under the title Hyliion Holdings Corporation. This new venture will trade on the New York Stock Exchange under HYLN. By merging, Hyliion will receive an additional $560 million, useful for accelerating the commercialization of their product lines.

A plus that Hyliion stands by is retrofitting the technology on fleets already in service. This comes as a major blow to Nikola and Tesla, who plan to build and sell their own trucks. Additionally, hybrid solutions are also on Hyliion’s docket while the competitors focus solely on fossil fuel-free vehicles.

And while each company has a clear vision of what mobility’s fate will come to be, it’s unclear how they’ll work. Tesla took ten years to reach their fourth total straight quarter of profits. God knows if the ever-changing landscape will be kind to Hyliion.

When they first announced in June a pre-order of 1,000 trucks, Hyliion made it clear they were sending the load to Agility. They are a logistics company who also happens to take an equity stake in Hyliion.