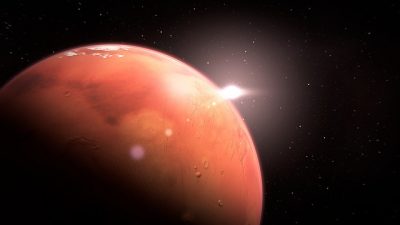 A manned Mars mission could be in development as soon as 2024 says Tesla Founder Elon Musk. The thought sounds great, but does it stack up to reality?

To be fair – at this point we thought we would have been on Mars by this point – or at least colonizing the Moon. So the fact that these plans are only 4-years out doesn’t seem that impossible.

On the other side of Musk’s global takeover of the electric car market, the founder is also one of the only independent space programs on Earth.

As governments are no longer continuing their space programs, it is up to independent industries to fill the gap. In comes joint efforts between Amazon’s Jeff Bezo’s and Elon Musk.

Manned Mars Trips Have Their Challenges

Life on the red planet will be tough. Mars is smaller than Earth, doesn’t have an adequate atmosphere, and does not have any water.

With so little to work with, having a full space flight to the red planet will present a number of challenges. The first being that the trip will take 9-months to arrive. Once the team arrives, they will work on living conditions such as gardens and food supplies.

A team that goes to Mars, is not going to come back. In case of emergencies, the plan can fall apart with nobody on the way to rescue the staff.

Shipments will not be able to land on the planet. This is due to the time effort and cost for each rocket to deliver the cargo.

In all, the concept seems to work. With Tesla’s dominance over the electric car market, the launching of Space X Dragon, and other avenues that pertain to space exploration, the timeline of 2024 doesn’t seem that far off. If everything goes well ( and there is a BIG “if”) then it looks like a manned mars trip will happen by 2025!