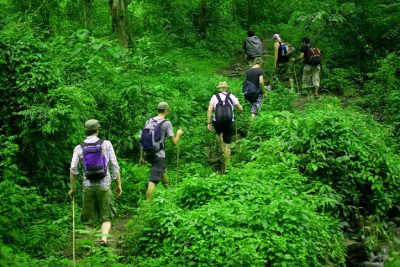 The idea of the hike started with the conversation between research director of the language-learning app company Burr Settles and the vice president of engineering Natalie Glance.

They talked about 18th century Swiss Mathematician named Leonhard Euler, who wanted to cross all seven bridges of Kongsberg, Russia only once. Euler came up with the graph theory, used in various sciences, including computer science.

To see if the theory of Swiss Mathematician is possible, meaning crossing bridges and end up on the same landmass, the group of Duo lingo coworkers took action in Pittsburgh.

The hiking plan covered crossing 15 bridges over the course of 20 miles. As Settle mapped, the path started from the Lawrenceville side of the Washington’s Crossing Bridge and ended on the Glen Hazel side of the Glenwood Bridge.

Along the road, they crossed the 31st Street and 16th Street bridges and the Three Sisters bridges.

The group of Duo lingo co workers crossed the Ohio River over the West End Bridge. They stopped for breakfast in the Strip District. Another stop was to enjoy the scenery at Point State Park.