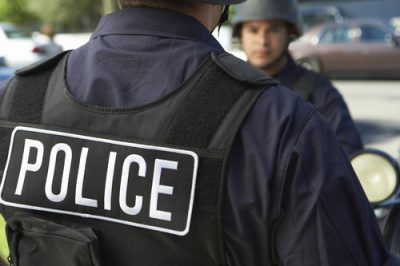 “It felt like the right thing to do,” says Pittsburgh Police Chief Scott Schubert. Schubert and his police force kneeled in solidarity with protesters on Friday June 5th.

The protests come as an outcry for George Floyd, a black man who was pronounced dead in police custody. A video online depicting the harsh treatment of Floyd. For 8-minutes police officer Derek Chauvin kneeling on the back of Floyd’s neck for 8-minutes. While detaining, Floyd was heard choking and trying to say “I can’t breath.” The events unfolded as all 50 states and police forces come together in solidarity to speak out in regards to how POC and minorities are held in captivity.

Many state police departments actively participating in the protests in order to create a better environment. Protests are being met with heavy enforcement from police and national guard, this is currently adding to prove the point that police brutality cannot be solved with more police brutality.

Schubert Has Released a Statement Regarding His Departments Decision

“To be honest, it wasn’t something I had intentions. I try to be present at the rallies but at a distance. I like to be there, get a sense of the message and tone of the protest, and to help close streets around the protests to keep them safe—just to help any way I can, because I know how hard the officers on the scene are working.”

“That was my plan on Friday, too. But Sgt. Tiffany Costa of the Civil Affairs Unit suggested I join in. The entire Civil Affairs team has done an incredible job building relationships with the community. Protesters and to understand their goals, and Sgt. Costa felt it would be a positive message for me to join them. The organizers actually invited police to participate, which is not something that’s happened at other peaceful protests.

While many police are in document kneeling with protesters, that same police have been seen throwing teargas into crowds hours later.

“At first I said no. I didn’t want to detract from the protest by doing something that might be viewed as a publicity stunt. But when the time came to march, and to take a knee, it felt like the right thing to do.

“I know a lot of people have questions about why I did this. To be clear, I didn’t do it as a sign of support for people who riot or loot or throw bricks and explosives at police officers, or try to harm officers and civilians in other ways—that’s a pretty cynical view, and if you think that way, you’re wrong.

“As the Chief, it’s my responsibility to look out for the safety of everyone. That includes our officers and all members of the community. This leadership position requires that I do everything possible to help calm situations and guide people through chaotic and traumatic events. If marching with peaceful protesters and taking a knee with them can, in any way, help keep people safe, if it can show the protesters that I see them, if it can help people get a better understanding of our officers’ efforts to help everyone, if it can somehow calm emotions even a little so all of us can work together towards meaningful change—then I’ll do it again.”

Police Chief Schubert has also noted that many departments are showing support but only for publicity. It also takes away from the protests.