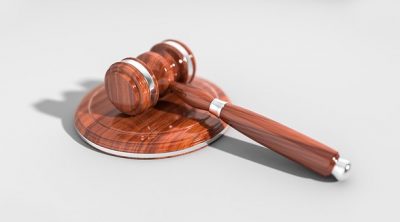 A racist judge faces calls from a slew of bodies for an investigation into his conduct following an incident reported by a defense attorney.

The comments occurred in his chambers following the acquittal of a defendant. The prosecutor, Ted Dutkowski, and the defense attorney, Joe Otte, spoke with Judge Mark Tranquilli in an aside.

Tranquilli allegedly expressed frustrations with the verdict. He proceeded to chastise Dutkowski for inadequately screening the jurors. Then, Tranquilli referred to one of the juror’s as “Aunt Jemima.”

In a complaint filed by Otte, he alleges Tranquilli said he knew the trial’s outcome the moment Juror #4, a young black woman wearing a hair wrap, was questioned.

Furthermore, the complaint goes on to say Tranquilli ranted about the juror’s “baby daddy” being a drug dealer. His presumptive argument blamed her unconfirmed background for her assumed sympathies for the defendant.

The complaint also notes the behavior of the racist judge in the courtroom. It speaks of his petulant response to the verdict slip, quickly reading it and tossing it back to the minute clerk.

Additionally, Tranquilli made conjectures about the defendant’s criminal history when called forward for sentencing. This immediately preceded the chamber conversation in which Tranquilli used the inappropriate language referring to juror #4.

Calls for Investigation into Racist Judge

Among the bodies calling for an investigation, the Pennsylvania Black Caucus draws a correlation between Tranquilli’s language and a broader, systemic issue with racism.

In a statement, they referred to the chamber comments as “another manifestation of a broken criminal justice system that systemically targets black and brown people.”

Stephen Kinsey, the Black caucus’s chair, expressed concern over racial influence throughout Tranquilli’s career. The Allegheny County Bar Association and the Black Political Empowerment Project in Pittsburgh joined in support of an investigation, as well.

Also, the Philadelphia Bar Association sent a letter to the investigative body in charge of such matters, the Judicial Conduct Review Board. In it, they advised President Judge Kim Berkeley Clark to investigate and remove Tranquilli from the bench, pending a final decision.

On February 6, a court order from Clark removed Tranquilli from presiding over any trials.