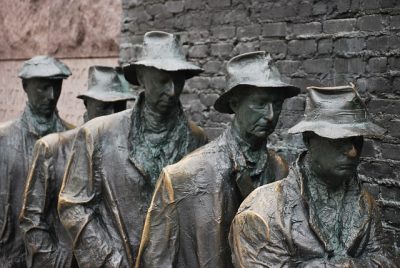 PITTSBURGH, PA: Scammers are filing fraudulent claims in Pittsburgh, Pennsylvania. As a result, the payments for these new claims through the Pandemic Unemployment Assistance program are on pause. The federal system expands the program for who is eligible for unemployment. Therefore, delays will occur as state officials work to stop the scammers. A surge in PUA claims viewed as fraudulent. This information comes from offices at the state Department of Labor and Industry.

Typically, the state receives about 5,000 claims a day. As of last week, more than 20,000 came in. The PUA program is part of the federal government’s stimulus package. It provides economical relief to those affected by the COVID-19 pandemic. In turn, eligible individuals get benefits are independent contractors, gig workers, and more. Plus, others who may not qualify for regular unemployment but can no longer work.

People who are already receiving money through the program will not be affected. Yet payments from new claims will be delayed. The state needs to create and implement stronger identify-verification methods. PUA is a lifetime for many Pennsylvania families, according to the State’s Secretary of the Department of Labor & Industry Jerry Oleksiak. Oleksiak spoke at a press briefing last week and said the department is doing everything to keep any delay in new claim processing to a minimum.

Initially, The PUA program begin in April. There have been delays before due to fraud. A huge unemployment scam affected up to 58,000 Pennsylvanian residents back in May.

The state Treasury Department said that payment would initially go forth by direct deposit. Instead, they now go out by check to the claimant’s home address on file. As a result, that change was to delay benefits for about two to four days.

The Pandemic Unemployment Assistance system is now a major target for fraud. That is because it misses the necessary safeguards that the traditional unemployment system does to stop and prevent scams, officials say.