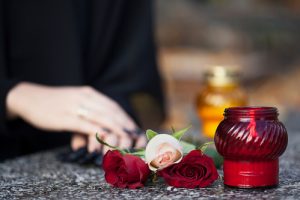 PennDOT’s traveling workers’ memorial visited the Pittsburgh region Tuesday, honoring the 80 local workers who’ve been killed on the job since 1970. It is a stark reminder to take every precaution out on the roads, especially in construction zones.

One by one, they were lined up outside the PennDOT office in Bridgeville. A monument to each PennDOT worker killed in the line of duty. Every grave includes a helmet and safety vest that each of the workers wore, along with the date of their death.

A recent incident was on PennDOT officials’ minds as they took in the memorial. On Monday, a construction worker was hit by a car while directing traffic in Shenango Township, Lawrence County. The 70-year-old woman who was driving told police she was distracted and didn’t see the flagger.

“We found out they will make a recovery, they’ll be okay. It was minor injuries. Regardless, the driver was not paying attention,” said Dave Harding, PennDOT’s Lawrence County manager. PennDOT executives say the most common distraction is easily avoided.

“We’ve been seeing more and more folks, they are on their cellphones, they’re missing signs. The one drove right into a crash truck at 70 miles an hour,” said PennDOT District 11 Executive Cheryl Moon-Sirianni. “To not see a big, huge yellow truck with a flashing yellow arrow on it, you had to be distracted in some fashion.”

So put the phone down and pay attention – it’s a message PennDOT wants to drive home.

Keep a safe distance from the car in front of you, and drive the posted speed limit. Also, fines are doubled in an active work zone, and some consequences are worse.

“If caught driving 11 miles per hour or more over the speed limit, drivers will automatically lose their license for 15 days,” said Trooper Melinda Bondarenka, of Pennsylvania State Police. “And all these folks put their life at risk every day to do their job.”