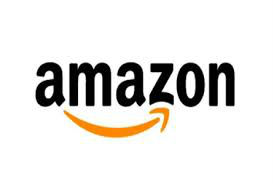 In the same window of time that Amazon announced it would shift from free two-day shipping to one-day for Prime Members, the company also revealed that it was taking its freight brokerage platform live. The address is freight.amazon.com.

Weirdly, the company did not do much in the way of promotion. And by no promotion, we really mean no promotion. In fact, they didn’t even put out a press release. Let alone a bunch of media events to celebrate this development.

Some see this low-key approach to big moves as part of CEO Jeff Bezo’s playbook. Nevertheless, this should not get twisted, this is a big deal. The platform is live now in Connecticut, New Jersey, New York, and Pennsylvania.

Exactly what is Amazon up to?

In a nutshell, Amazon is using its own shipping brokerage capabilities to sell those services to other companies. It’ll be an online brokerage platform that will offer prices that severely undercut the current pricing by 26-33%. Now, what they’re doing isn’t to be confused with selling space in their own trucks. Rather, they are offering access to their super-efficient trucking network.

This decision should afford Amazon to raise prices down the line, as currently they’re basically not charging.

What’s the big deal about this?

Essentially, this move allows Amazon to enter a business and claim part of the market share without concern for making a profit. In doing so, they can offer much more affordable prices and attract companies to their platform. Rival companies won’t be able to eliminate their markups. In short, competitors will have to cut their prices in order to compete.

Ultimately, by forcing companies to reduce their prices, Amazon will end up making a profit down the line. No matter what, Amazon wins. By entering the brokerage market, it will at the very least end up reducing its own cost in this area.

Bottom line, this is Amazon doing what very few companies can. It’s joining a new business without any pressure to make money. Bezo’s knows his investors realize the long term payoff will be great if they’re just patient. He’s proven this before and they trust him.