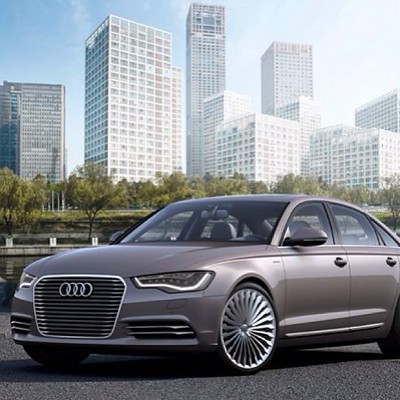 Audi left us cringing with its new Superbowl ad. An old, overplayed song mixed with a famous star didn’t cut it.

The Average Superbowl ad was $5-million.

Paying for an ad spot for a Superbowl is a costly endeavor. First, the cost to just have the spot is astronomical, then comes paying for actors and action-packed sequences. The idea is to attract as many viewers as possible. Unfortunately, it seemed that Audi didn’t hit its mark. Superbowl advertisements are a gamble, and sometimes it’s okay to play it safe, but this time it wasn’t.

Playing It Safe Works…Until it Doesn’t

Companies are ready to dish out countless dollars on a single ad spot during the Superbowl. This means that they have a projected ROI (return of investments). If a company has to shell out the big bucks, they want to be sure that they are going to make that money back. To be fair, with the automotive industry, they would only have to sell approximately 61 new Audi EV’s in order to make that money back. This doesn’t seem like much…and it isn’t. Which is reflective of how much of a risk they were willing to take with the new cringy ad.

Some of the most successful advertisements have been either obscure (remember Mountain Dew’s Puppybabymonkey?) or something outside left-field and “fresh” (think Old Spice “The Man you Wish Your Man Could Smell Like”). Those products were a soft-drink and a deodorant, but they were the most successful. With big-name powerhouses like Audi, you would expect more. Unfortunately, they simply wanted their name shown during the big game and that was it.

On the Flip Side; We’re Talking About it Now, Aren’t We? Good Job, Audi

To flip the coin, here we are the next day writing an article about how it won’t be the most memorable commercial, but here we are, still remembering and talking about it. I guess that it isn’t all bad. Speculation wise, this won’t last longer than today, but hey, we need to talk about it.