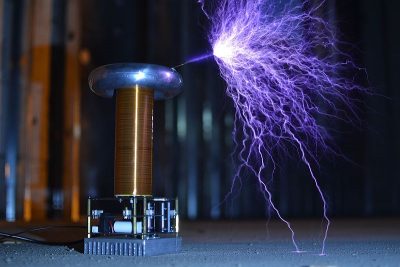 Electric cars have made their first move into the industry. With major auto manufacturers ready to take on the industry shift, new developments in technology have also emerged.

The electric car industry wouldn’t have gotten here without the push from Tesla. Its founder, Elon Musk, has been pioneering various avenues in the tech industry and has moved to cars. With his team developing rockets to assist Nasa in their missions, the owner though “Why not cars?”

The Tesla models of cars have become the hot new thing to see on the road. Everywhere a Tesla drives, it can turn heads. Its sleek and new design has helped distinguish itself above the more prevalent combustion-based engines.

The Tesla Model 3 can pump out a whopping 325 horsepower and does not have the weight from a standard combustion engine to slow it down. This thing is fast. This factor has helped showcase the abilities of electric energy in vehicles. Combine this with a 300-mile radius per charge and you have a car that can go anywhere. With the positioning of Tesla Superchargers located in the most populated (and not so populated) areas within the US, getting from Los Angeles to New York is a cakewalk.

The Tesla Supercharger is one of the most common electric chargers withing the US. Thus, having a plentiful source of outlets it key. Tesla has been able to utilize the same methods that Apple has used. Sell people on the brand and make sure that brand can only take their specific chargers. Sure, you can get from point a to point b relatively easily, but the energy consumption side of things can give people the nerves. What if you need juice and your car isn’t close enough to a power station? Most people who have owned Teslas will tell you that the anxiety of this has happened to them quite a bit. Thankfully, one just needs to plan ahead a little more in order to maximize their lifestyle. This will not be the case within the near future as more and more supercharging stations are sprouting up.

For those who do not wish to be burdened with a specific place to charge, or those who want to charge up wherever there is a specific adapter that you can purchase for $400 USD. These adapters are specifically for the CHAdeMO type charging stations. It is the most widely used outlet for charging in the world and the option is available.

Moving across the Pacific, we have an industry that has proven itself time and time again as one of the best car manufacturers in the world. They have also thrown their hands in the ring when it comes to EV’s. With automakers like Honda, Toyota, and Nissan, the manufacturing of electric cars has been beneficial overseas. Most car companies have been able to get the jump on both European and US markets with implementing electric cars in their country. These were the guys who invented the first hybrid vehicle so naturally, they had a larger lead in their own markets.

In 2015, the CHAdeMO was signed on as a universal standard within the car industry. This enabled Japanese automakers to establish their set of standards. Thus, they created a massively growing solution to many electric car owner problems: having enough stations. Well, the folks overseas thought this through prior to creating the industry. How are people going to charge their cars if they can’t get to a station? It’s common for many to use their home’s power supply, but that can take upwards of 13 hours to charge. This typically means its an overnight thing. With the CHAdeMO they vastly outnumber both Tesla Superchargers in the US, Europe, and Asia, but also outnumber both US and European endeavors to create their own charging system.

US and European Efforts to Jump In

Most US manufacturers have been slow to jump into the race. With automakers like Ford, Chevy, and GM scrambling to find the right methods to implement electric power to their cars, they have reached out to Europe for help. The CCS charging system has the same output in kW/h, but doesn’t have the wide range of available charging stations, nor has the name brand in America. In Europe, this is a different story. Manufacturers like Audi, BMW, and Porsche have used the CCS method and have established it as an industry standard.

Europe has been developing alternative fuels for the past decade including Biodiesel and other forms. This has led them to move away from the use of non-renewable fossil fuels. The nations that make up the EU have a more environmentally friendlier mindest towards the burning of oils and recycling having some countries even making it mandatory that electric cars be the only type of vehicle sold in their country. Thus, these methods have been easier to transition into as opposed to the US.