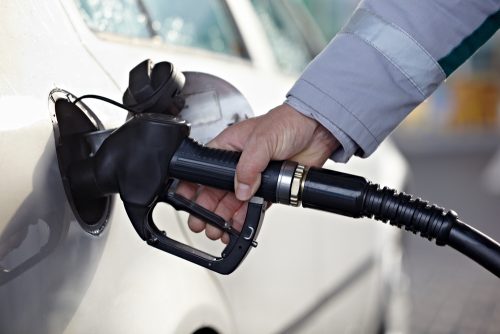 The pain at the pump isn’t going anywhere any time soon.

Gas prices sit at the highest level since the summer of 2014 and they’re going to continue to climb for at least another month, said Jim Garrity, a spokesman in AAA’s Pittsburgh office.

“We’re going into Memorial Day weekend, which is looking to be the busiest in 12 years,” Garrity said Monday. “The prices will keep going up.”

And go up they have. One month ago, gas prices were hovering at $2.97 per gallon, according to AAA. There have been several steady jumps, including one during the weekend.

Rising gas prices are going to trigger a rise in staycations and a plunge in vacations this summer, according to GasBuddy’s 2018 Summer Travel survey.

Only 58% of people plan to take a road trip this summer, compared to 82% last year. Thirty-nine percent of respondents cited high gas prices as their reason for staying home compared to 19% in 2017.

That increase will cost motorists $1 billion more than last year just on the holiday weekend from Thursday through Monday alone.

Kia Recalls 308,000 Cars Because Of A Risky Fire Problem

Lawnmower Car Is A Revolutionary Ford Festiva In Disguise

Mack Pinnacle™: Made To Make Your Work Days Work Well