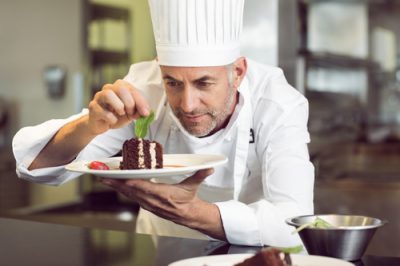 The American Culinary Federation named the 31-year-old  William Racin to be the Pastry Chef of the Year. It happened at its annual convention held in New Orleans in mid –July. William Racin wins the prize for its executive pastry.

William Racin has 13 years of professional cooking experience. He worked as executive pastry chef as a private Duquesne Club.

At his first national competition, he created three signature desserts. Before he got the results of the competition, he was hoping he will succeed. But he didn’t expect to become the winner of the year by  American Culinary Federation.

‘’It was surreal. It’s something I never thought was possible’’, said Pastry chef.

Before the competition, he thought he will just show up there and will represent his best at cooking, but the victory was not anticipated.

It’s hard not to succeed when you have the passion for what you are doing life. Racin said he feels like he was born in the kitchen. That’s all he wanted to do his whole life.

No award ceremony goes without words of gratitude. Racin thanked his mother, wife, an apprentice at the event: Kodi Mikiewicz, 21 years of a line cook at the Duquesne Club.

Racin put hard work to get ready for the event. The preparation took months and it helped to run the event smoothly.

Hard-working chef built the showpiece seven times before the fast-paced event. Well, as they say, hard work pays off.

He also used his specialty in chocolate work to his benefits.

The cooks were challenged with the limited time given to each task of the competition. Mr.Racin and three regional finalists had 2 ½ hours to create three desserts that played into this year’s theme: Shakespeare’s ‘’A Midsummer Night’s Dream’’.

As a representative of Northeast, he prepared a buttermilk plum crescent with cornmeal cake, pannacotta, and lemon sherbet.

The winner said it’s rare when he uses the word ‘’perfect’’, but this was the case.

The example of Racin inspired a lot of young cooks to believe in themselves and do their best in cooking.

He believes Pittsburgh is the place where all of the good chefs come out. He was proud to represent Pittsburgh and went back to his birthplace with the determination to win at the next competition.