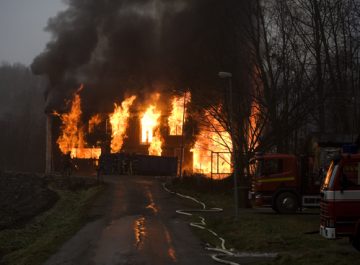 The blast caused the evacuation of more than two dozen homes. The owner and the operator of the line is Energy Transfer.

On the statement they released on Monday morning, they said they don’t know the cause of the explosion, but they are doing a full investigation.

The first report on explosion was received at 4.54 a.m. in the area of Ivy Lane in Center Township. The intersection of Broadhead Road and Ivy Lane was shut down by the police because of the incident.

According to the statement, no injuries were reported. Some evacuees required medical help, not because of injuries, but because of medical conditions. After all, the evacuations caused people to leave behind valuable medications and medical devices.

The gas line explosion requires a thorough investigation. Pittsburgh reporter Meghan Schiller videotaped the vivid orange sky caused by the explosion. Though the sky is strangely beautiful, it’s also a reminder of the terror of such explosions.

The explosion also caused high-tension power lines to fall down, pulling down towers with it.

The Red Cross is assisting evacuees with food and other supplies.

Tech Salary Skyrockets In The Area As 2021 Shows Growth