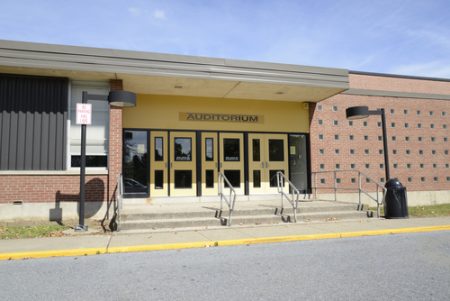 Ivanka Trump traveled to Pittsburgh to meet with leaders of local robotics companies.

The highlight of her trip was meeting with some young ladies working to make contributions in the field that has traditionally been dominated by male.

When President Donald Trump took office, he allocated her daughter to make efforts in developing the workforce.

‘’Cities like Pittsburgh are experiencing a significant renaissance in large part because of young ladies and young men across the country, who are at the forefront of that’’, Ivanka Trump said.

As an example of those young ladies, she mentioned  The Girls of Steel robotics team.

Anna Nesbitt, of Girls of Steel, believes girls drop out STEM activities at a younger age due to society telling them they can’t do it. The goal is to motivate them and bring trust in themselves. Robots aren’t something they need to be intimidated, Anna said.

The high schoolers competing in robotics at Carnegie Mellon University, work to empower other women to succeed in the male-dominated field.

Ivanka Trump, the first daughter was exposed to how they operate a robot they engineered. The girls told her how much they value their STEM education.

Anna Nesbitt has a practical approach to education. She doesn’t believe in sitting behind a desk in school and learning the concepts. She strongly believes it’s more about applying.

The robotics programs like STEM really gives that opportunity for kids to practical experience.

The biggest goal is to be able to reach the alignment with learned skills in the classroom with jobs in the country.

Ivanka Trump said she is really passionate about ensuring that both students and mid-to –late-career workers of all ages have the skills they need to thrive in the increasingly digital economy.

Ivanka Trump encouraged girls to never give up on their dreams.

She believes it’s not the person with the best education, but the one with passion, dedication, and grip to his /her work that succeeds.