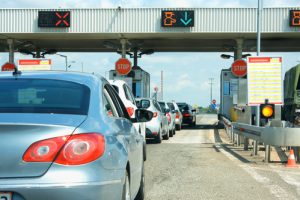 *Read about the new measures being taken for Toll Violators here.

Pennsylvania’s Turnpike commission is chasing down people those who have any toll debt.

A woman from the Mount Joy Township area, just outside of Harrisburg, accrued nearly $92,000 in debts related to unpaid Pennsylvania Turnpike tolls, according to Lancaster Online.

According to a criminal complaint, Lori Yearick is accused of not paying 1,600 tolls between January 2012 and March 2017. Those routes were mostly between Mechanicsburg and Harrisburg East, an 11-mile trip that currently costs E-ZPass users $1.74. And she was able to avoid paying the tolls by using an E-ZPass only lane even though she didn’t have a valid transponder.

While Ms. Yearick owes $26,000 in tolls, the turnpike commission tacked on $66,000 for violation fees relating to the unpaid tolls.

According to the Wall Street Journal, Ms. Yearick’s charges are part of the turnpike’s new effort to get more people to pay outstanding fees. So, while Ms. Yearick might be the biggest target for the turnpike, there are plenty of others who have avoided paying tolls. In 2016 the state auditor general revealed that as much as $20 million was being lost to unpaid tolls.

The state of toll use has been on state Auditor General Eugene DePasqaule’s mind for quite some time now. At the start of the year he announced the commencement of an audit to look at, among other things, how continued toll increases will impact drivers’ choices once considering the way to travel across the state.

Mr. DePasquale has said since he took office in 2013 that at some purpose motorists will begin avoiding the toll road if the agency keeps raising rates.

”Never Give Up on Your Dreams”:Ivanka Trump Inspired STEM Students