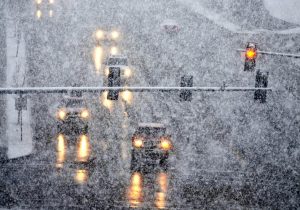 PITTSBURGH, Pennsylvania — Snow started to move into western Pennsylvania early Tuesday morning and PennDOT is using this event as its first big test of the season.

According to Meteorologist Ron Smiley, this is the first of three potential clipper lows to impact the area through Friday. It is expected to bring around an inch of snow to Pittsburgh.

Places from Butler to Beaver counties could see closer to 2 inches of snow with isolated higher totals north of Interstate 80 due to lake effect snow through the day on Tuesday.

Slushy driving conditions can be expected through 11 a.m., but we’re not out of the woods just yet. Lake effect snow is expected to impact areas along Interstate 80 and north starting this afternoon.

Throughout the early morning hours, a mixture of rain and snow fell in Cranberry Township.

On Wednesday, we could see another 2-3 inches of snow.

PennDOT’s Butler district had 42 trucks on main and side roads. Crews were working on the road at 3 a.m. and are scheduled to work two shifts, also, covering 24-hour periods until the snowstorm rolls out.

Both PennDOT and the City of Pittsburgh’s snow plow tracker websites are up and running, just in time when it started to snow.

The sites show which roads have been dug up and where the plow trucks are at any given time.

“We have AVL, automated vehicle locaters, in all of our plows for the very first time. So, you’ll be able to see the latest plow route, when they were there, and so that you can plan accordingly,” PennDOT Secretary Leslie Richards said.