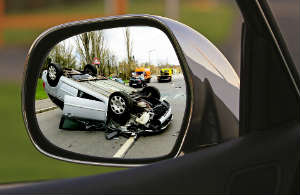 PITTSBURGH, PA – A man is now facing charges after a horrific Pittsburgh hit-and-run accident. Back in November of 2017, specifically the day after Thanksgiving, a fatal crash occurred. The highway crash happened in the 8300 block of Frankstown Avenue. At the end of last week, Pittsburgh Police issued an arrest warrant in connection with the crash.

So, what happened? A Chevy pickup truck crossed the center line, slamming into a Kia. Apparently, according to calculations by police, the truck was moving almost 65 miles per hour. Reportedly, the speed limit in the area was only 35 mile per hour.

As a result of the collision, 59-year-old Rhoda Everson of Penn Hills, the driver of the Kia, was ejected from the car. Emergency personnel pronounced her dead at the scene of the accident. Before police arrived, the truck driver fled from the scene. Now, police have determined who the driver of the truck was. The man is Taariq Tyler, a twenty-two-year-old from Pittsburgh.

In the truck, which was discovered as a rental, police found Tyler’s debit card, along with his signed AVIS rental agreement. In addition, they found blood in the truck, on the driver’s side airbag. Police were able to claim the airbag with the blood as evidence.

However, it wasn’t until last October when police were able to get a swab from inside Tyler’s mouth. They received a court order for this. Finally, last week, they received the analysis results from the swab. And, the results showed that, according to the Allegheny County Crime Lab, it was indeed the same DNA from the blood.

Now, Tyler faces multiple charges, including homicide by vehicle, along with involuntary manslaughter.